Scotland: Guide to Living and Working or Studying

If at any time you have considered emigrating or living in the north of Great Britain, you will be interested in knowing all the aspects that the country of Scotland has and that will be important before deciding to move.

In this post we are going to give you all that information totally necessary for all those who want to move your residence, even for a while, to Scotland.

Living or Immigrating to Scotland: General Information You Should Know About Its Cities

Scotland is the northernmost country on the island of Great Britain, constituting a third of it. It also has more than 790 islands.

Scotland has more than 5 and a half million inhabitants who are descended from different ethnicities or racial groups such as the Celts, Scandinavians or Picts. Also from the Romans but to a lesser extent.

Although its capital is Edinburgh, the most populous city is Glasgow, which is home to almost half the population, about 40%.

A large part of Edinburgh’s population are students, yet the main educational center is also in Glasgow.

Scotland’s central area is home to most major towns and cities and the Highlands to the north are sparsely populated.

Of all the islands it has, around 100 are inhabited. The southernmost part is more rural, predominantly agriculture.

The most significant foreign population is in Glasgow, Edinburgh and Dundee. These are the Asian communities that emigrated after World War II. The following communities are people from Central and Eastern Europe.

Living and Working in Scotland:

Cities and regions of Scotland are divided into 15 regions in which different cities are located and which are known for certain specific aspects. 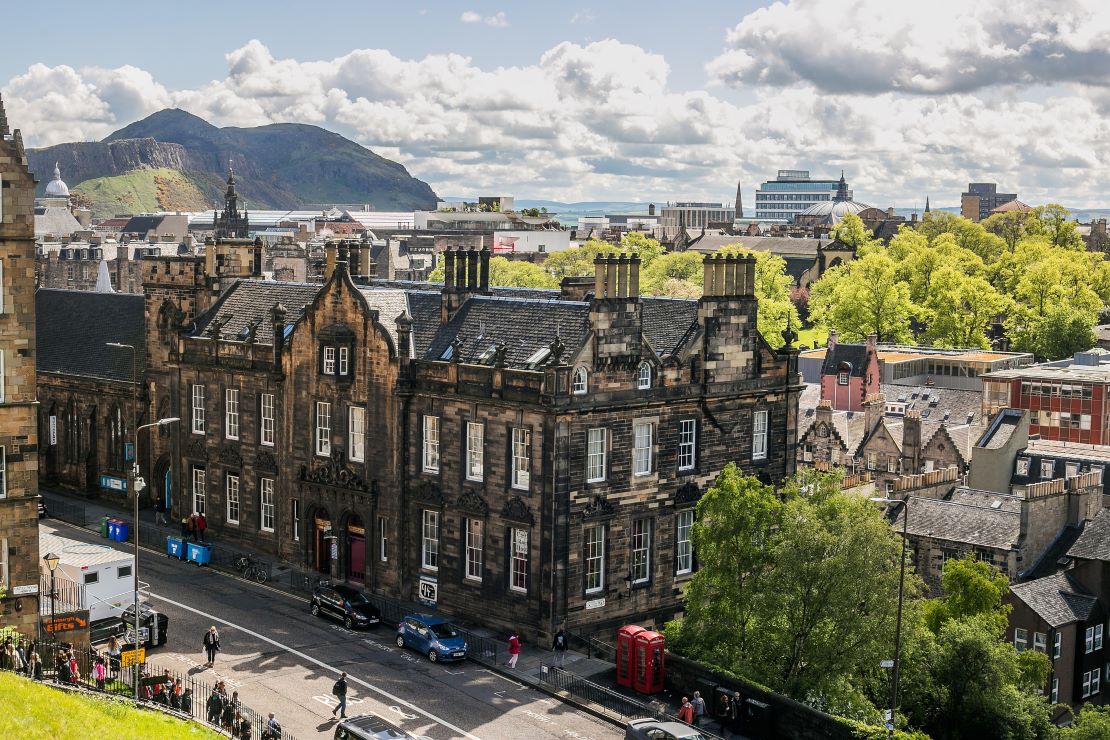 In Scotland there is a saying about the weather: “There is no bad weather, only the wrong clothes.” The country has a moderate climate throughout the year but it does vary a lot not only with the seasons, but also even in a single day.

Regarding temperature, January and February are the coldest months, with average daytime temperatures between 5ºC and 7ºC. The warmest months are July and August, when the average temperature is around 20ºC.

As we have already told you, although Scotland does have differences between the four seasons, its climate is so changeable that you can notice something of each season in a single day.

Because of Scotland’s latitude, winter days are very short and summer days are very long. In fact, on the summer solstice, Lerwick (in the Shetland Islands) has four more hours of light than London.

Although this is general, keep in mind that it can change a lot from one region to another. For example, the Highlands is one of the wettest and windiest areas not only in Scotland but also in Europe and in the area from Inverness to Aberdeenshire there is a fairly low average annual rainfall.

If we think of snow, in Scotland it snows for 15-20 days, but in the Highlands they have around 100 days of snowfall a year.

Scotland: We Give You 5 Reasons Why Living in the Country is a Good Idea

1. Scotland has a low unemployment rate. It has long been the lowest in all of Europe. 9 out of 10 graduates find a job the same year they finish their degree and in their area.

2. Being a relatively small country, most of Scotland can be covered in a short time. This helps those who, in addition to wanting to live in Scotland, also want to explore it.

3. Scotland’s main cities have great connectivity with the rest of the United Kingdom, so it will be very easy to get around other parts of the islands.

4. It has a good dose of history, celebrations, traditions and legends. Its nature, castles, lakes and fairytale towns are also spectacular.

5. Scottish universities, such as Glasgow and Edinburgh, have a great deal of world prestige. Also, there are many free courses.

In Scotland you can find hospitals that meet the highest standards of healthcare.

For now, anyone belonging to a European Union country can receive free emergency medical care by presenting the European Health Card.

However, once established in the city and after having obtained the Social Security Number (NIN), it is best to officially register in a medical center to receive medical attention of any kind.

To register in a health center it will be required to present a valid identification, preferably a passport, a proof of address that has our name to make sure that we live in the area and the social security number.

For medical consultations, go to the outpatient department of any general hospital.